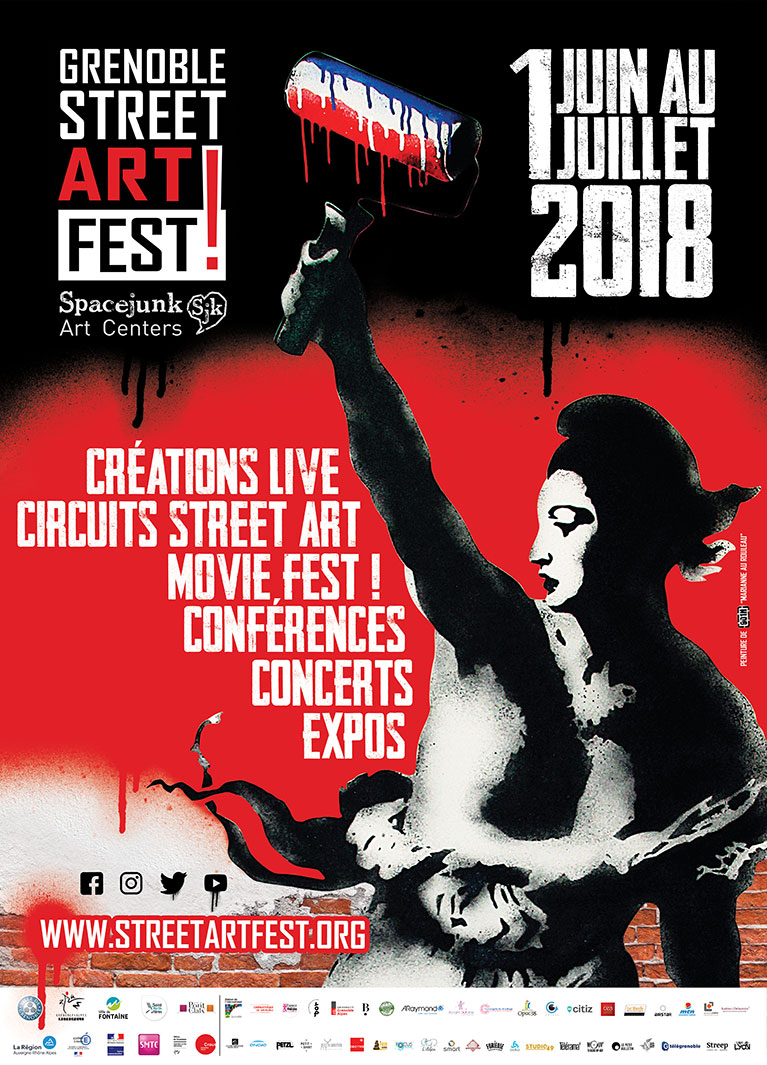 June is just around the corner and that means the fourth edition of the Grenoble Street Art Fest! is about to start. The festival was born in 2015 and was conceived as the first festival in Europe that combines exhibitions and on-site creations in the city, with the intention of making art accessible to all while showing the variety of techniques that street art includes: monumental frescoes, traditional frescoes, collages, stencil, urban sculptures, works on canvas, installations, digital works, etc. 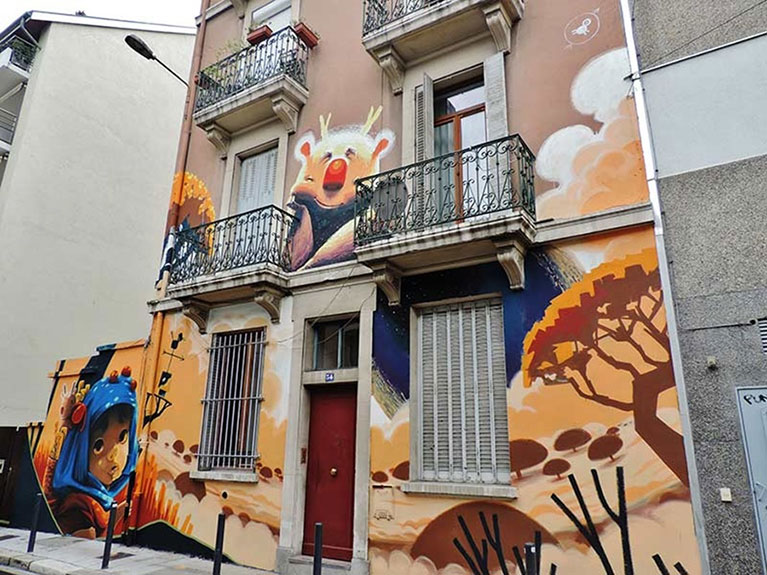 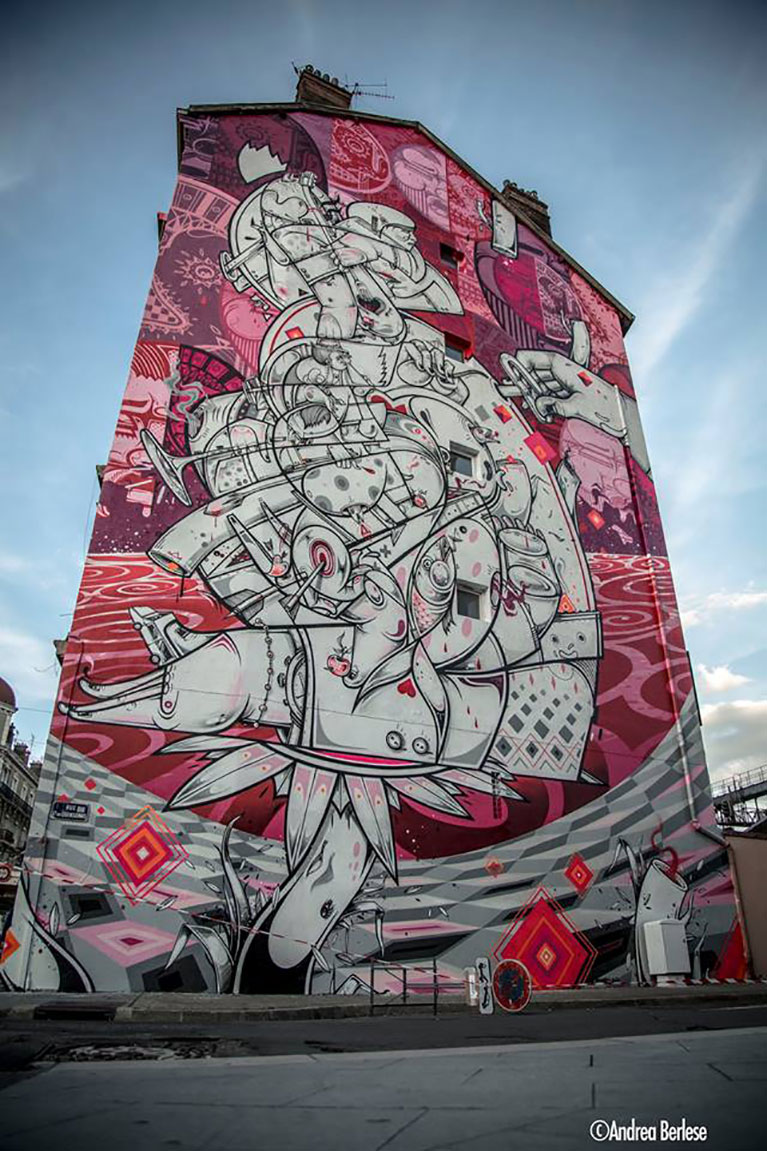 What this edition will offer us

The festival will take place from June 1 to July 1 and on this occasion the artists will work, in addition to Grenoble, in some neighboring locations: Fontaine, Saint-Martin-D’Hères and Pont-de-Claix.

The Grenoble Street Art MOVIE FEST will be the first event of the many that will be, including several exhibitions (expecting to receive some 15,000 visitors), signatures of books, workshops, conferences, guided tours (in French, English, Spanish and in language of French signs), live painting, many openings and others.

Some of the edges that will participate in this edition are already known to the public grenobloise, as for example Snek, Veks Van Hillik, Etien ‘and AnimalitoLand. For others it will be their first time creating in the streets of Grenoble. Pantonio, Sampsa, Mademoiselle Maurice, Sainer, Sebas Velasco and Serty31 are some of these newcomers.

As for the exhibitions, there are several places that are worth taking into account: at the Ancien Musée de Peinture (Grenoble) from June 6 you can enjoy a large group exhibition in which there will be works by most artists participants in the festival; the Espace Vallès (Saint-Martin-D’Hères) will host an exhibition by the Spanish artist Isaac Cordal; Works by artists Green and Emmanuel Louisgrand will be exhibited at the Vog Center (Fontaine); and finally, “Anarchically Yours” is a solo exhibition by the artist GOIN that will take place at Spacejunk Art Center Grenoble after having already passed through the Spacejunk halls in Bayonne and Lyon.

The complete program can be seen here. In addition, it is possible to follow the Facebook and Instagram accounts of the festival where they share all the news. And to make the wait shorter, the teaser of the 2017 edition serves as an appetizer. 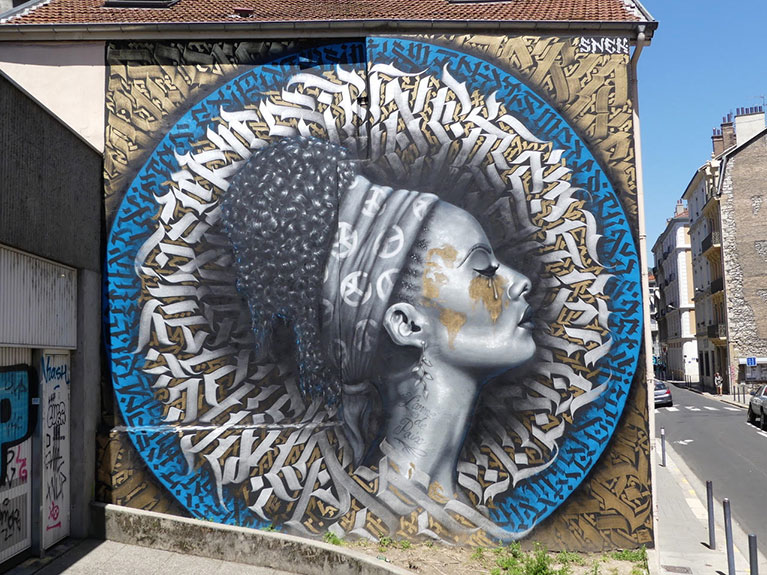 The festival was created and continues to be organized by the Spacejunk Art Center association, specifically by its headquarters in Grenoble (France). At the head of the team is Jérôme Catz, director of exhibitions, programming and projects. It was in 2003 when Jérôme opened the first Spacejunk center in Grenoble, dedicated to Board Culture, Street art, Lowbrow art and Pop Surrealism. Since then two other centers have opened their doors in Bayonne and Lyon. Since its creation, the Spacejunk network has organized at least 15 exhibitions dedicated exclusively to street art.

The Grenoble Street Art Fest! It started as a small festival, with few means and doing all its works in the same neighborhood (around the Spacejunk center). However, with great ambition, a lot of effort from the team and thanks to the great support received both from sponsors (public and private) and from the public, the festival has grown to become a national and international reference.

Around 50 artists (local, national and foreign) will capture their creations on the walls of Grenoble, thus contributing to enlarge this new cultural heritage that year after year is attracting more tourists.

Will there be a fifth edition?

Yes, in fact the Spacejunk team is already working on the 2019 edition while it is in charge of giving the final touches to the festival that starts right now. All information on future editions will be available on its website and in its RRSS. 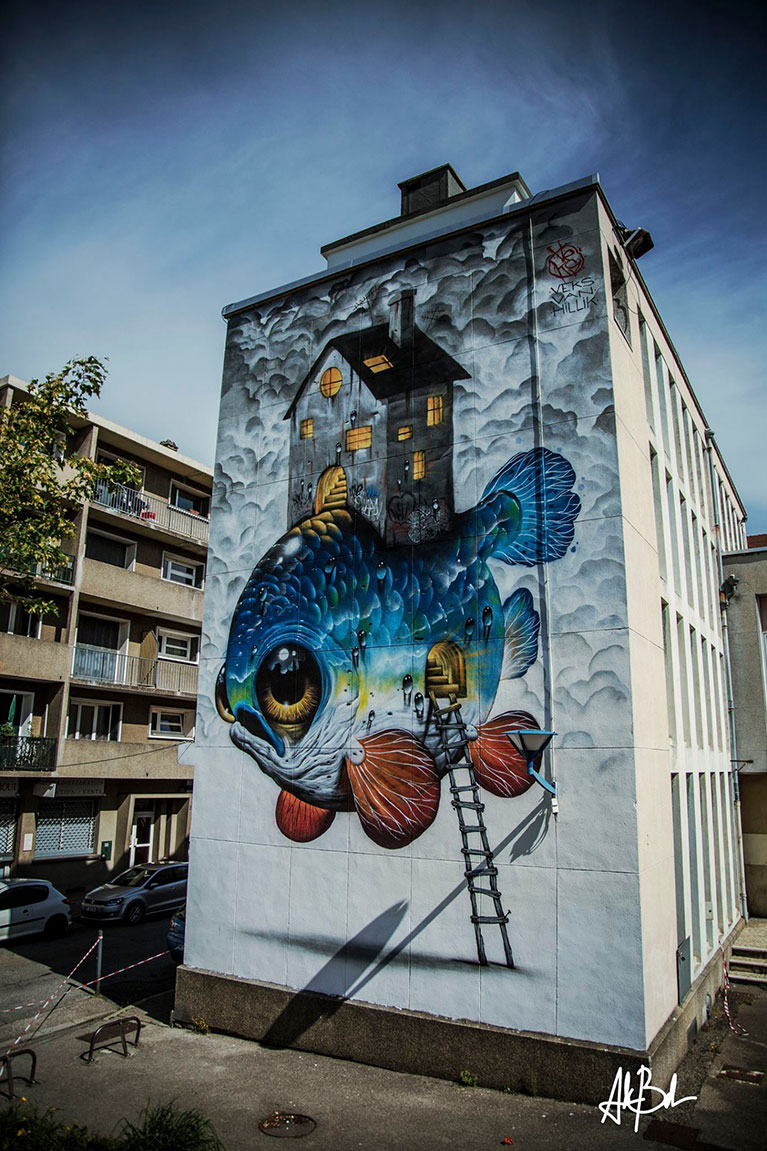 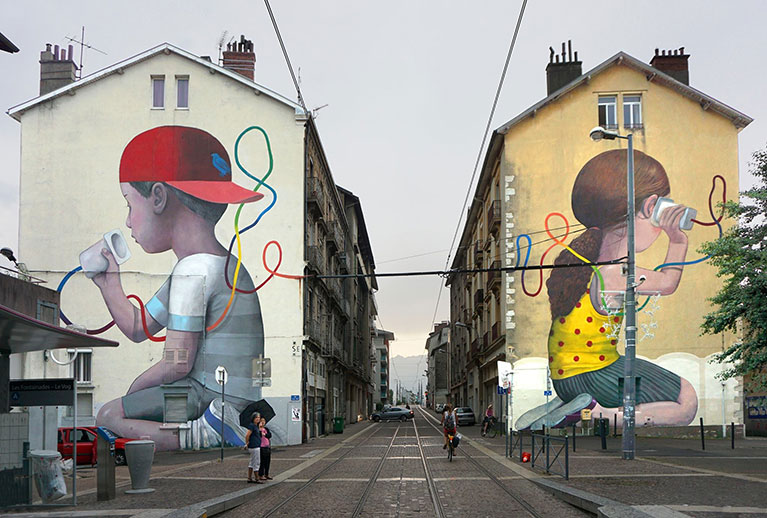